Home Tips 10 Practice Scripts for Actors: All You Need To Know
TTips

10 Practice Scripts for Actors: All You Need To Know

The information in this article discusses the best practice scripts for actors and more.

When a script is given to an actor, they spend time rehearsing lines and practising how to play a character. Actors need to portray characters perfectly. The audience expects the best performance from actors, and that can only be achieved if the actor practices well enough.

What Makes a Good Practice Script?

A good practice script should include the following.

As an actor, there should be a connection between you, the character you are playing, and the audience. With a practice script, you should be able to create a strong emotional connection with your character. Playing a character on screen is more like becoming the character in real-time.

Knowing and understanding a character helps actors bring that character to reality. When you create that strong emotional connection with your character, the audience will be thrilled by your performance.

Whether your character is funny or romantic, you need to create that emotional connection to put up the best performance.

You need to choose a script with high stakes that motivates and encourages you. Choosing a high stakes means high emotions and it allows you to explore your full range as an actor, and it also gives you space.

When you are passionate about the script and its stakes, you can get through long practices. It also helps you develop your craft in the process.

Also Read: Free Play Scripts for Drama Students: All you need to know

If you are new to the system, you need to stick with a script that is feasible with your skill set. It’s only recommendable that you do otherwise if you are trying to expand as an actor.

As a new actor, it’s highly recommended that you aim for a more difficult script. This will help develop your craft as an actor. Yes, it will be difficult, but you should not give up if you are frustrated. It’s always difficult in the beginning, but consistency is key.

Synopsis: Here, two best friends are debating if they should kiss at midnight on New Year’s Eve.

You need to keep this script short and nice. Remember it’s a comedy and you should allow the banter between the characters to carry the comedy without turning them into a joke.

Generally, it’s also important to understand that factors such as fatigue and level of intoxication might be essential to performance. As an extension of your work in the scene, there are things you must consider.

Firstly, you should consider doing a biography of the characters as well as their past. This will be more acceptable and satisfying to the audience.

This script falls in the category of drama, but it can also be considered as something comedic or quite menacing. There is a massive difference between the characters when it comes to age and physicality.

You should consider the difference between the character’s age and physicality and then ask yourself how your character feels about it. In terms of being seen and heard as the scene plays out.

You can try this scene differently. Just ask yourself, is the fan correct? Are they mistaken, and does Jessie love being recognized?

Synopsis: Here, a spouse is given just one last chance by their hired hitman.

This is one of the best practice scripts for actors. This thriller’s all about information, who has it, who knows it, who wants it, and who knows what.

The characters in this thriller play with pauses, silence, and body language. You don’t need to give yourself away for these characters.

Just so you know, “Just Chat is a great and nice scene for actors to explore status and power. You can try this scene with varying levels of status for a specific character. All you have to do is look at the scene and find out where the status shifts.

Synopsis: Here, a lovely couple is confused by a strange white room in an art gallery.

This comedy involves a scene that reads short and quick. You should not be afraid to slow things down if need be. Let the comedy come from the pauses of each character. They are trying to do their best to understand the situation.

Synopsis: Here, two characters are debating on what to do with a mysterious package forgotten by a third associate.

This scene is just like the White Room. The two characters are suspicious about the package left by the third associate.

For this scene, you can find a scene partner, someone who is interested in seeing this play out perfectly. Once you find the scene partner, you should collaborate with the character to establish a strong connection. You and your scene partner need to thrill the audience with an amazing performance.

Synopsis: A wealthy employer confronts a cleaner because of some missing cuff links.

In this scene, personality plays a huge role in pointing out the difference between these characters. The effect of social class comes into play between Deeley and the cleaner.

If you want to bring these characters to life, you need to take your time making some strong decisions. You should consider how different personalities may affect the dynamic of this particular scene. Just so know, it’s also essential that you discuss the meaning of the ending.

Synopsis: Here, a low-level political operator is stopped due to a traffic violation.

This is one of the best practice scripts for actors and you need to concentrate on the character in this scene. The characters of Officer Hudson and John are something worth exploring with your scene partner. There are also uncomfortable silences that are part of the course.

In this scene, it’s important to know what remains unsaid, and what is happening in moments within lines.

Synopsis: Here, two friends are discussing an awkward encounter they experienced on a dating app.

A comedic scene like this one lives and dies on how real the characters feel. Ben and Vera are the two characters in this scene.

The more you try to flesh out Ben and Vera, the more you push the strangeness of the story. If you want to create a memorable image in the mind of your audience, this scene is a great opportunity for you to do so.

Synopsis: Two close friends are discussing the details and what follows after a shocking accident.

The cushion is closer to a short play than any other scene. You should try to concentrate on the given circumstances and the biographies of the characters. Try also to resist running towards the twist in the scene.

Synopsis: Here, two individuals at the beginning of a friendship (relationship) decide to share a beer, a cigarette, and a story about why one of their families doesn’t like Halloween.

This is one of the best practice scripts for actors and it’s easier to pick up on the newness of the two character’s friendship. There are important things that you need to do.

Firstly, you need to think about how you can explore the excitement of getting to know a person.

How to Practice Acting With Scripts

As we said earlier, scripts are written by scriptwriters and actors portray characters perfectly in dramas by reading these scripts.

So how do you practice acting using scripts?

To practice acting using scripts, you need to read through scripts, explore different characters, and learn how to respond to other readers swiftly. It’s also important that you interrogate your character’s mindset as well as their world.

You must know this because if you are ever asked to a cold read audition, this practice is important.

Learn to Read a Screenplay

Generally, reading practice scripts is the best way to be familiar with script formatting. You should spend more time practicing how to play a character on screen or on stage.

In some cases, actors have spent weeks trying to study their characters. They try to understand the fears and emotions of their characters to play them perfectly on screen.

You should try reading a character as expectant, joyful, hurt or anything that inspires you. Try going over a scene as much as you could, while trying to create different emotions. This will help you in your craft and it’s also a method to test yourself.

After recording yourself, watch it and find out areas where you need to improve. Find out your little mistakes and know how to correct them.

The best practice scripts for actors are only a guide. If you want to improve your performance you need to watch the best actors and observe their performance.

These actors are worth emulating. Am talking about great actors like Denzel Washington, Samuel L. Jackson, Christian Bale, and Will Smith. You need to study how these actors connect with their on-screen characters.

You need to keep practicing if you want to perfect your craft. Whenever you practice a scene or a full script, it helps you improve as an actor. Every time read or practice, you develop your skills and acquire more experience.

A practice script allows you to create a strong emotional connection with your character and audience. As an actor, you need to choose a script with stakes that motivate you. With high stakes, you can explore your range as an actor.

The best practice scripts for actors listed in this guide include different genres and characters.

How to Change Zoom Background on Chromebook for Students Read More
If you are looking for information about the CDI College Montreal Work Permit, then this article will provide…
UUniversities and Colleges 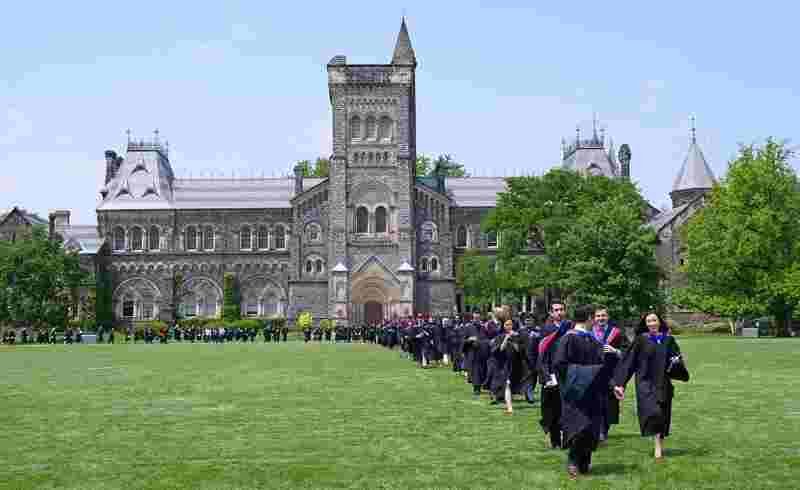 Read More
If you are looking for information about the worst universities in Canada, then this article will provide you…
SSchools 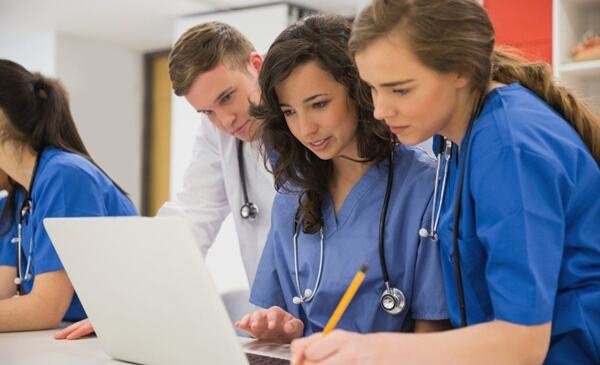 Read More
Are you having difficulty finding the best schools for pre med undergrad programs? Are you one of those…
GGeneral Tips 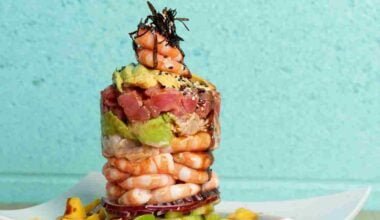 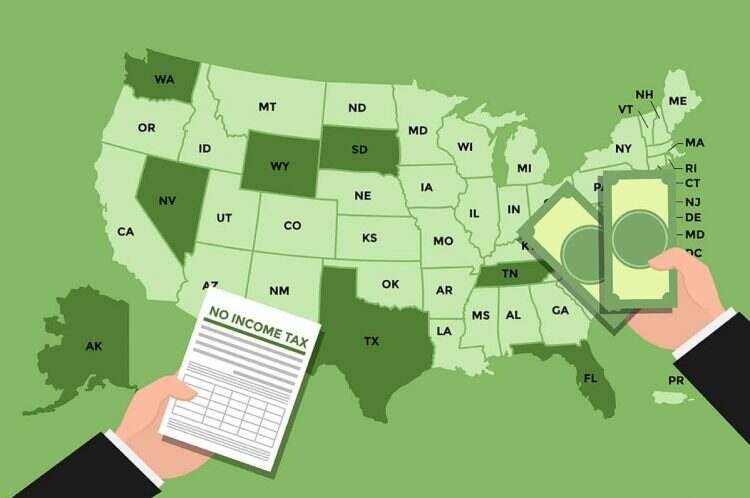 Read More
This article shows nine states with no income tax in 2022. To live in a state with no…