Wannabe opticians and ophthalmologists looking to study in the best schools of optometry in the USA should take advantage of this article.

Having seen the care and poise with which this profession is carried anywhere in the world, I cannot but say this is one of the best career choices in the world. That’s a way to say that if you want to become an optometrist, you’re on the right path.

Because this is an important profession in the world, we have compiled a list of the best optometry schools in the USA and the world at large.

These schools by design drill you to become one of the best opticians and ophthalmologists in the world.

Also, we have included major information you need to make a decision of studying this course or not.

At the end of this piece, you will not have to be confused about which school is a good option to study Optometry in the USA.

Sit Tight And Get Informed!!!

Who is an Optometrist?

Optometrists are medical doctors who specialize in diagnosing and treating vision issues.

Most of the diseases and eye conditions they care for are refractive errors, astigmatism, cataracts, glaucoma, eye injuries from accidents and other degenerative eye illnesses.

Is Optometry A Lucrative Profession?

Yes, Optometrists are very valuable in our community today.

Because the eye is a very important part of the body, we will always need an optometrist when things go wrong.

So if you want to venture into this profession, it’s ideal you know that it’s a good career path that will never go out of demand.

What is the Job Outlook For Optometrists?

Following a recent survey, Optometrist employment is expected to grow 10% from 2018 to 2028.

What Do Optometrists Do?

Just before we venture into the best Optometry schools in the USA, you need to understand what you’re opting for.

What exactly do optometrists do?

How Long Does It Take To Study In The Best Optometry Schools in the USA?

That’s split into 3-4 years of college, 4 years of optometry school and an optional 1-year clinical residency for specialization.

How Much Do Optometrists Earn?

What Are The Best Optometry Schools In The USA?

If you desire to study optometry in the USA, you need to attend the best schools.

There are not many universities in the USA with an Optometry School extension.

However, we have gathered a list of the best schools of optometry you can train in and become one of the best opticians and ophthalmologists in the USA and the world at large.

The great Southern College of Optometry Memphis and TN is one of the best optometry schools in the United States.

SCO has the latest state-of-the-art facilities as well as an Eye Center on campus. Students get to have hands-on clinical training while caring for over 60,000 patients.

Each year, the college graduates over 136 students giving SCO a record success rate of 98.5%. Also, the school has a 9: 1 student-to-teacher ratio and over 60 funded scholarships.

Some of her graduates are the fourteen presidents of the American Optometric Association. Most of them end up becoming some of the best opticians in the country.

Excellence is the only language at Arizona College of Optometry. Not only do 98% of her students pass their examinations, but 92.7% pass part I of the NBEO exam and 100% pass part II.

Students from Arizona College become the best opticians in the USA with an average GPA of 3.53 and OAT of 624. Also, most of her graduates are contributors to prestigious journals and colleagues of the American Academy of Optometry.

#3. University of Alabama at Birmingham School of Optometry (Birmingham, AL)

The University of Alabama has received an award of over $325 million in research funding last year from the National Institutes of Health.

UAB’s School of Optometry is regarded as one of the best in the USA and the world at large. Also, this school trains future vision care experts to gain hands-on clinical training at the UAB Eye Care centre. 97.87% of her students graduate from the program

Nova Southeastern University Optometry school has faculty members that are part of the American Academy of Optometry and eye test experts.

NSU College of Optometry has a graduation rate of 97.62%. Most of her students become notable optometrists in the Southeast.

At SUNY, only 23% of students who apply to their optometry college get admission.

SUNY is not just one of the best optometry schools in the USA, they are the most exclusive. Also, all of her freshmen require an average of 3.5 GPA and an OAT score of 345. The graduation rate at the college is about 96.84%.

In the list of the best optometry schools in the USA, Ohio State University College of Optometry is certainly one.

The Ohio State University is the largest state university in the country. OSU College of Optometry has a graduation rate of 96.83% however, it only accepts 64 students per year.

#7. University of Missouri at St. Louis College of Optometry

The admission rate at the University of Missouri is 31% and the graduation rate of 95.65%. This college allows students to participate in programs to improve vision care using low-cost optical kits.

However, to get into UMiss-SL College of Optometry, you need to have a strong letter of recommendation, hours of service, good test scores and a GPA.

Illinois College of Optometry is one of the best optometry schools in the USA.  Every year, the college graduates 92.54% out of 160 of her students.

At Illinois Eye Institute undergraduates can take hands-on courses and residency programs such as visual rehabilitation and ophthalmology. ICO produces some of the best ophthalmologists and opticians in Chicago, USA.

The UC Berkeley School of Optometry is the third university that has an optometry department in the USA. It’s a place of class and expertise as most of her teachers were the presidents of the American Optometric Association and the American Academy of Optometry.

The successful graduation rate of 92.54% shows that the institution prioritizes students. Students get to work with patients from their first year. This they do for approximately 2,500 hours till they complete their program.

UPIKE as it is popularly called is the only college for optometry in Kentucky.  Since its inception in 2016, the school has been promoting the health of its community by training doctors in its state-of-the-art training facility.

Other Top Schools of Optometry in The USA.

This School of Optometry holds vision science seminars every week.

Students in the optometry program experience more than 60,000 patient interactions each year.

The College of Optometry hosts a summer research program supported by the National Eye Institute.

This is one of the best schools of optometry in the USA. It allows optometry students to participate in more than 100,000 patient interactions each year.

#16. University of the Incarnate Word

Offers the only faith-based optometry program in the nation. It’s one of the schools of Optometry that produces the best opticians and ophthalmologists in the USA.

Frequently Asked Questions About Schools Of Optometry in the USA

Is Optometry School As Hard As Med School?

Medical school is generally very challenging but that’s the same story we tell for all courses if you want to get the best.

What we do know is that both medical schools and optometry schools have similar subjects as biology, chemistry, physics, anatomy, and pharmacology.

The only difference optometry school has from med school is that the clinical rotations of medical students take place during medical school while that of the Optometrists have a peculiar training program.

Is An Optometrist A Real Doctor?

Well, the answer is YES and NO.

An optometrist is a real doctor because those of them who have earned a PhD in optometry have the same authority as other medical practitioners such as surgeons or physicians.

They are not real doctors because they do not perform surgery on any other human part besides the eye.

What Year Of Optometry School Is The Hardest?

Although difficult to answer, the hardest year in optometry school is usually the first year due to the adjustments, classes and exams.

However, as time progresses, the student finds balance.

Is Getting Into Optometry School Competitive in The USA?

Yes, getting into the best schools of optometry in the USA is like applying to Ivy League Schools.

Very competitive. In fact, the competition is toughest in California and New York and their schools are expensive.

How Many Optometry Schools Are in the USA?

Records show that there are many optometry schools in the United States but most of them have not been accredited.

These schools, though not yet accredited, make it to the list of best schools of optometry in the world.

In the USA, the School of Optometry at UC Berkeley tops the ranking of the best optometry schools in the US with an acceptance rate of 15%.

This is followed by Illinois College of Optometry in Chicago and then Western University of Health Sciences.

Is There A Lot Of Math In Optometry?

If you’re not excellent in math, you may want to go and learn it well if you want to study Optometry.

Math is a very important part of optometry. You know that kind of physics of optics on steroids—the dreaded physiological optics.

You can’t run away from it.

What Are The Best Optometry Schools in the World?

You can become an optometrist from any school and anywhere in the world.

However, if you would love to study in the USA, it’s ideal that you go to the best Optometry Schools.

Also, being in the right study team will help you train to become one of the best opticians and ophthalmologists in the USA and the world at large.

15 Best Schools In Florida For Psychology 2023 Read More
Brown University is one of the oldest institutions in the United State. Located in Providence, Rhode Island, and…
TTips for Students 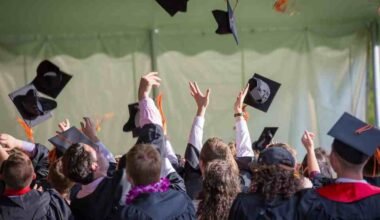 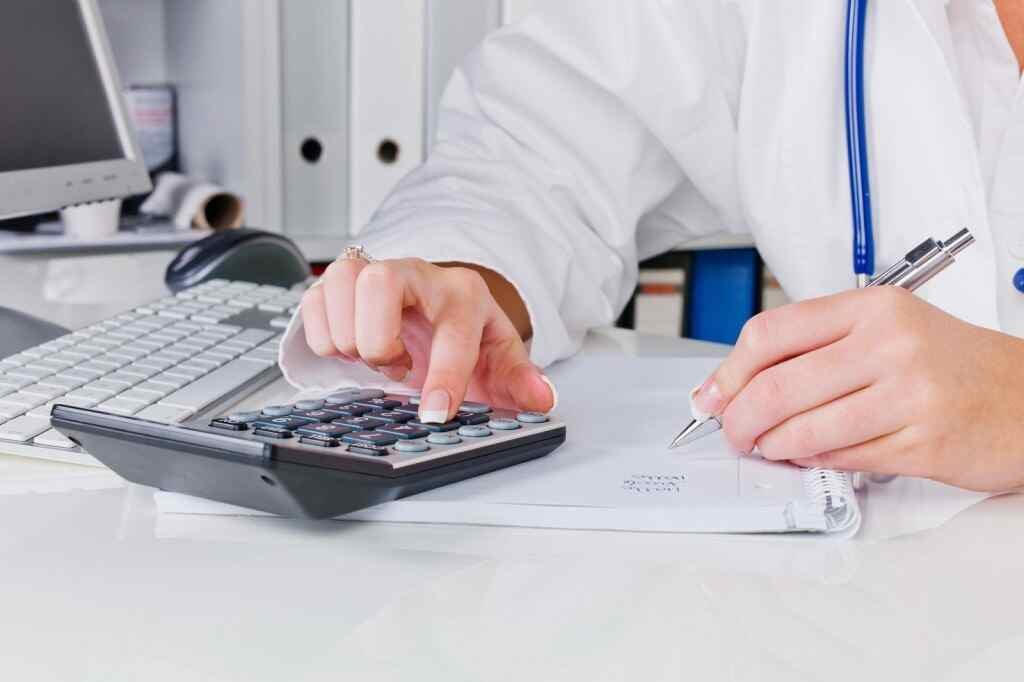 Read More
Are you in search of the best Classes Online for Medical Billing and Coding? This post has all…
TTips for Students

Read More
What is Postgraduate Education? If you are a postgraduate student and you want to know more about postgraduate…
UUniversities and Colleges Read More
If you intend to study at Simon Fraser University, you should know its acceptance rate, admission requirement and…
HHow To 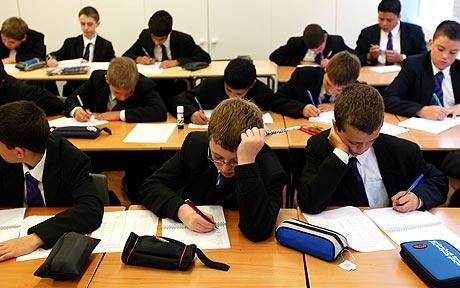 Read More
If you have been looking for information on how to write Law School exam and pass, then you…