Are you planning to study abroad this year but don’t know where you’d want to go? Why not consider Asia as an opportunity? Asia, the largest continent in the world, offers more for its money with tons of study abroad opportunities in more than 50 countries. Some of the best countries to study abroad in Asia are China, Japan and South Korea in the Far East, Thailand and the Philippines in Southeast Asia, and India and Nepal. If you are an international student and plan to study or work abroad, this content is for you. Thanks to the data from the QS World Education Ranking, we have listed the best countries where you can study and work in Asia. Including the picture of what higher education system looks like in Asia. This content answers questions and deals with topics such as: 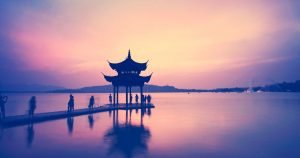 Enrollment of students who wants to study abroad in countries in Asia is very diverse, as data from the United Nations Educational, Scientific and Cultural Organization (UNESCO) shows. The UNESCO measurement categories for education are used in the context of international development work and are adopted by the World Bank in its EdStats database. The United Nations publishes a human development index for each nation, which includes the education index.

Participation in the education system in Asia

Would you like to study abroad or work in one of the countries located in the largest and most populous continent on earth, Asia? If you are a student from the “western world” looking for a different place, or from an Asian country, the region offers something for everyone. With so many options, you may be wondering which study place is right for you. To celebrate the publication of the latest classifications from QS Asia University, ten possible study places is available for you to consider.

Below are some of the best countries to study abroad in Asia. This list was prepared based on QS Education system ranking in Asia, including the experience of international students who have studied in some of these countries in Asia. Tuition fee, living cost, University ranking and other important factors where put into considerations during this compilation. 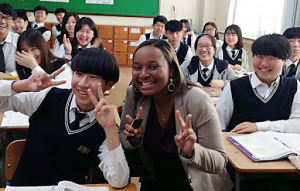 Starting with Southeast Asia, Malaysia is one of the countries for students who want to study abroad in Asia, and immerse themselves in a variety of cultures and environments. Malaysia is developing into a university center, whose system ranks 25th worldwide. It also extends its higher education strategy, which includes targeting international locations from highly regarded foreign universities such as the University of Nottingham in the UK (often with cheaper tuition fees at the branch campus than you would have to pay at the main branch). International students are drawn to the exciting cities of Malaysia, their natural beauty and fantastic scenery, as well as the low cost of teaching and living. In fact, the capital Kuala Lumpur was ranked the second cheapest student city in Asia in QS Best Student Cities 2018.

Malaysia is one of the countries with the best educational system in Asia. It has 26 representatives in the QS Asia University 2019 ranking, six of them in the top 100; Among these, the Universiti Malaya is in joint 19th place. This is definitely a great option for students who wants to study abroad in Asia

this is a top notch in the educational systems in Asia and one of the best countries to study abroad in Asia.

The “Asian Tiger” from Taiwan is ideal for students interested in technology and innovation. It is famous for its advanced technology industry, with many universities close to its response to Silicon Valley, the American science park Hsinchu. In general, Taiwan has a strong higher education system (which ranks joint 19th in the QS ranking of the strength of the higher education system) and a vibrant and diverse culture that combines traditional and modern influences from mainland China. obviously in its architecture, its cuisine and of course the official language. A growing number of foreign students choose to study in Taiwan, which, like Malaysia, is fairly affordable in terms of tuition and living expenses. Taiwan has 36 participants in the latest Asian ranking, including five in the top 50. The institution with the highest ranking is the National Taiwan University (NTU) in 22nd place.

Indonesia is next on our list of the best places to study abroad in Asia, home to the largest economy in the countries located at the Southeast Asia and the fourth largest population in the world. Indonesia is incredibly diverse, with hundreds of individual ethnic groups, languages ​​and cultures mixed in a friendly and tolerant nation. Overall, Indonesia is a great option for students who want to broaden their horizons. Higher education in Indonesia has grown significantly since the country gained independence in 1945 and is currently home to around 5,700 international students, many of whom are from neighboring Malaysia. Indonesia is another economic destination for studying abroad with tuition fees of just $ 3,000 a year for certain subjects. 22 Indonesian universities are among the 350 best in the latest Asian ranking, with Universitas Indonesia (University of Indonesia / UI) in 57th place.

China is one of the most popular non-English language study abroad destinations in the world. In 2014, 377,000 international students were enrolled. China is an important competitor in the fields of trade, tourism and education and has one of the best educational systems in the world. The largest and strongest university in the world ranked eighth in the classification of the power plant system. As one of the largest travel destinations in the world with a 5000 year history, China also offers a variety of travel destinations as well as an ancient and modern culture to explore outside of its studios. The capital Beijing and Shanghai were ranked among the best student cities in the world in 2018, home to some of Asia’s most prestigious universities. A total of 113 Chinese universities are included in the Asian ranking, with Tsinghua University in China occupying joint  third place compared to the 6th in the previous year. The country is always considered as a study abroad countries to study abroad by international students

Singapore’s densely populated small town thrives as a center of excellence for higher education, with the National University of Singapore (NUS) at the top of the Asian rankings, while Nanyang Technological University (NTU) is at the top third grade alongside Tsinghua University. Singapore has a reputation as a world leader in research and innovation, and enjoys economic prosperity, low crime and unemployment rates, and a solid corporate reputation, which means that students who studied abroad in Singapore are in high demand among employers. Singapore is known as a melting pot of cultures, languages ​​and religions with a mixed population of Chinese, Malays and Indians, each of which influences the city’s unique identity. The nation’s basic principles are meritocracy, multiculturalism and secularism (freedom of religion), and the education system in Singapore ranked 28th this year in the system’s strength rating in Asia.

Japan, which is tenth in the ranking of the strengths of the QS Education system in Asia, is next on our list of the best places/countries to study abroad in Asia. In recent years, the country has taken steps to attract more international students, increase the number of programs taught in English, and simplify the application process. Like Singapore, Japan’s rich cultural heritage connects the old and the new with international students who are unlikely to get bored, especially in mega cities such as Tokyo, which took second place in QS Best Student Cities 2018. An excellent study destination for technology and foodies, Japan attracted 2017 had a record 267,000 international students, and although their cost of living is higher than elsewhere in Asia, tuition fees are still much lower than in other popular study destinations. The University of Japan with the highest ranking in the Asian ranking is the University of Tokyo in 11th place, and 88 other Japanese universities are among the top 500 in Asia.

South Korea is a great study abroad destination in Asia for international students. It is the first Asian power in education, technology and tourism. It is another country that could be called an “Asian tiger” that is full of cultural diversity, ambition and independence. With one of the largest economies in the region, South Korea has invested heavily in research and education. The country’s higher education system ranked ninth in the strength of the system, as the universities in South Korea are considered the most respected in Asia. Seoul, the lively and dynamic capital, ranks tenth among the best student cities of 2018, but nature lovers can also enjoy the country’s mountain peaks, nature parks, and dense forests. 58 South Korean universities are among the top 500 in the Asian ranking this year. The KAIST – Korea Advanced Institute for Science and Technology is located in the Daejeon Technology Center and ranks eighth.

This autonomous area of ​​China has become famous for its amalgamation of Eastern and Western cultures and is an important center, as it one of the best on our list of the best countries and places to study abroad in Asia to travel to Hong Kong World of Commerce, Finance and logistics. Hong Kong is an attractive option for many international students, with a variety of prestigious universities, the use of English in everyday life and education, easy access to mainland China and a progressive multicultural society. With a higher education system that ranks 18th in the world, Hong Kong is one of the four “Asian tigers” and one of the most important financial centers in the world. Hong Kong ranks 12th in the ranking of the best student cities and among the seven universities in Hong Kong in the Asian ranking, three are in the top 10, including the University of Hong Kong (HKU) in second place and the Hong Kong Kong University of Science and technology (HKUST) in seventh place.

Would you like to make a real curve when it comes to studying abroad in Asia? Surprise yourself with a study abroad in India! A country with old cultures and religions, colorful festivals, crazy cities and warm people … this warm country in South Asia has it all. Study in New Delhi, where you will find the best universities in the country or in Mumbai, the headquarters of Bollywood, and study abroad in Asia for programs that are taught in English. Watch programs based on the Himalayas to learn more about Eastern religions, Tibetan culture or nature conservation. Popular programs include development studies (which can be combined with service learning), history, philosophy and economics.

Nepal is a small country hidden between the business capitals of India and China and promises a great adventure. From remote Buddhist monasteries in the Himalayas to the modern city of Kathmandu, the region has sparked the imagination of adventure seekers since the country opened its borders in the 1950s. Despite its natural wonders and fascinating traditions, the Nepal region remains away from the tourist flow with only 600,000 tourists a year. These happy people discover a nation that goes far beyond colorful prayer flags and climbing the mountain Everest