Home People 15 Richest Actors in the World in 2023
PPeople

Ever wondered who are the richest actors in the world, check out our list to find out if your favourite actor or actress is one of them.

When we talk about the richest actors on the planet, most of the names that will be on the list are top Hollywood stars. We all know that Hollywood is the biggest film industry in the world and the big names in the industry earn huge amounts.

But how much do any of the highest-paid Hollywood actors earn for a movie?

In a moment, we will list the richest actors in the world and their net worth. Bear in mind that the names on our list are not just only Hollywood actors.

Who Are the Richest Actors in the World?

So, which Bollywood actor is one of the wealthiest actors in the world?

Continue reading to find the Bollywood actor on our list of richest actors on the planet.

15 Richest Actors in the World

Here, we have listed the wealthiest actors in the world and their net worth.

The first name on our list of richest actors in the world with a net worth of over $2 billion is Jami Gertz.

Jami Gertz was born in Chicago, Illinois and she graduated from Maine East High School. In the later stages of her life, Gertz studied drama at New York University.

The American actress was discovered by Norman Lear in a nationwide talent search. She began her career as a child actor and appeared in one episode of Diff’erent Strokes.

Jami got her first role in the movie “On the Right Track back in the early 80s. That was the beginning of her acting career as she also starred in television series like Dreams, Family Ties, The Facts of Life, and Sibs.

Gertz also starred in the 1987 American supernatural black comedy horror movie The Lost Boys. I Want You Back is the last movie Jami Gertz starred in and Difficult People was the last TV series she appeared in.

The former American child actor is one of the richest actors in the world. Pierce’s net worth is currently over $1.8 billion.

The trio established the Digital Entertainment Network (DEN), which raised millions of dollars in venture capital.

In 2018, Brock Pierce was named in the top 20 wealthiest people in crypto according to Forbes. The former child actor is the founder of IMI Exchange. He is also the co-founder of the cryptocurrency Tether.

Next on our list of richest actors in the world is Tyler Perry.

Tyler is one of America’s finest actors. He is also an entrepreneur, philanthropist, songwriter, and author.

Tyler is one of the black actors that can play several characters on screen. He created and performed the Medea character.

The American actor was born in 1969 in New Orleans, Louisiana. However, he moved to Atlanta in 1990 where he began his acting career. At the age of 28, Tyler Perry succeeded in retooling his plays and restaging them in Atlanta.

He first did that at the House of Blue, before he moved to the Fox Theatre. The actors continued to create brand-new stage productions. He toured around with them on the ‘Chitlin’ Circuit.

According to a Forbes report in 2005, Tyler Perry sold over $100 million in tickets, $30 million in videos of his shows, and about $20 million in merchandise.

Jerome Allen Seinfeld is a stand-up comedian, writer, actor, and producer. The American actor was born in 1954 and is best known for playing a semi-fictionalized version of himself in the sitcom Seinfeld.

Jerry is one of the richest actors in the world with a net worth of $950 million. Seinfeld attended Queens College. After he graduated from college in 1976, Jerry decided to try out stand-up comedy.

He began his career at an open mic night at New York City’s Catch a Rising Star. After his performance, Jerry earned a place in the Rodney Dangerfield HBO Special.

Jerry Seinfeld also appeared in the Tonight Show in 1981. Years later, Jerry Seinfeld created The Seinfeld Chronicles with Larry David for NBC. However, the show was renamed Seinfeld to avoid any confusion with the short-lived teen sitcom, The Marshall.

Seinfeld became the most-watched sitcom on American television by the third season. The final episode of Seinfeld aired in 1998 and after Jerry ended his sitcom, he returned to New York and started his stand-up comedy.

Dwayne Johnson is not just one of the richest actors, he is one of the most famous people in the world. The former professional wrestler was born in 1972 in Hayward, California.

Dwayne Johnson first appeared in the movie Beyond the Mat back in 1999. The American actor landed his first role in Hollywood when he starred in the movie The Mummy Returns.

He appeared as a cameo in Longshot later that year. His first lead role in Hollywood was when he played the character Mathayus in The Scorpion King.

After that, Dwayne Johnson starred in several blockbuster movies. He played the DC superhero Black Adam and voiced the character, Krypto in DC League of Super-pets.

Hobbs & Shaw, Jumanji, Rampage, Skyscraper, Baywatch, Central Intelligence, and Red Notice are some of the movies Dwayne has starred in. he is also the producer of Red Notice, Jumanji, Fighting with My Family, and DC League of Super-pets.

Shah Rukh Khan is one of the biggest Bollywood actors and the richest among all Indian actors. The Bollywood star is also a film producer and television personality.

The award-winning superstar has starred in over 80 Hindi films and television shows throughout his acting career. Khan has won 14 Filmfare Awards and has also been awarded the Padma Shri by the Indian government.

He also received the Odres des Arts et des Lettres and Legion of Honour awarded by the government of France.

The King of Bollywood started his acting career in the 1980s. He appeared in many television series during the 1980s.

Khan made his Bollywood debut back in 1992. He starred in the Indian Hindi melodrama, Deewana. He gained more recognition for playing villainous roles in Darr and Baazzigar.

Tom Cruise is one of the actors that perform their stunts on screen. The American actor and producer is one of the richest and highest-paid actors in the world.

Tom Cruise began his acting career way back in the 1980s. The American actor decided to pursue a career in acting at the age of 18 when he moved to New York.

Tom later moved to Los Angeles to try out for television roles. Luckily for him, he signed with CAA and that was the beginning of his acting career. He starred in the 1981 romantic drama Endless Love.

George Clooney is a two-time Academy Award winner and four-time Golden Globe Award winner. He is an American actor and filmmaker who has received numerous accolades, including the AFI Life Achievement Award.

Clooney began his career in television in the mid-1990s. He gained recognition for his role as Dr Doug Ross on the NBC medical drama ER.

The American actor played the role of Batman in DC’s 1997 Batman & Robin. In 1999, George Clooney starred in the movie Three Kings alongside Ice Cube and Mark Walberg.

In 2002, he directed his first movie Confession of a Dangerous Mind.

The next actor on our list is the legendary Robert De Niro.

De Niro is one of the richest actors in the world with a net worth of $500 million. The veteran actor started his acting career at a very young age.

De Niro worked in several Broadway plays before he appeared in Brian De Palma’s The Wedding Party. He also played the role of Don Vito Corleone in The Godfather II.

Robert De Niro is an Academy Award winner and one of the best Hollywood actors in history.

Kevin Hart is a Hollywood actor and comedian, one of the highest-paid actors in the world. Hart is a close of Dwayne the Rock Johnson and has starred in several movies alongside the former professional wrestler.

They both featured in Jumanji, and the sequel in 2019, Jumanji: Welcome to the Jungle. They were also co-stars in Central Intelligence and DC’s League of Super-pets.

With a net worth of over $400 million, Hart is one of the richest actors on the planet.

Arnold Schwarzenegger is the only actor on our list who served as a governor in the United States. The Austrian actor was the former governor of California.

Ryan is an American actor, media personality, and television host producer, with a net worth of over $400 million.

The American actor is the executive producer of E! reality TV show, Keeping up with the Kardashian. Ryan also gets massive returns from his investment in the Typo Keyboard.

Mel Gibson is one of America’s finest actors and filmmaker. The Hollywood star directed the 2004 film Passion of the Christ.

Some of his work also includes Oscar Award-winning Braveheart and 2006 Apocalypto.

Also Read: 20 Most Famous People in the World

Adam Sandler is an American actor, comedian, and producer, who is one of the highest-paid actors in Hollywood.

Sandler is an entertainer who has starred in several Hollywood films. He is one of the lead actors in the 2010 American comedy film Grown Ups and the sequel Grown Ups 2.

Will is a talented American actor, rapper, and producer. The Fresh Prince of Bel-Air is an Academy Award winner and four-time Grammy Award winner.

As of the time of writing this article, Will Smith films have grossed over $9.3 billion worldwide. Will complete our list of the richest actors in the world.

Hollywood actors are the most recognized entertainer in the world. They earn millions of dollars for each film which makes them the highest-paid actors in the world.

We hope this article on the richest actors in the world was helpful. 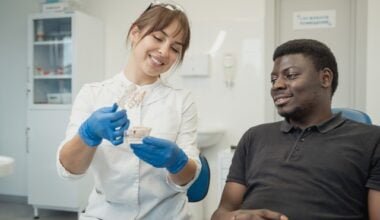 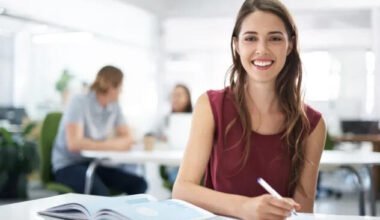 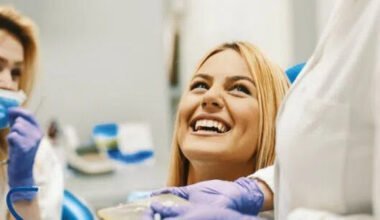 Read More
Are you looking for the best Dental Hygienist Schools in the USA, then this article will be listing…
SSchools 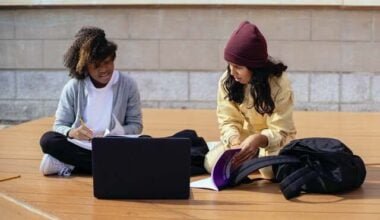 Read More
Are you interested in distance learning in Nigeria? if you have years as the answer to that question…